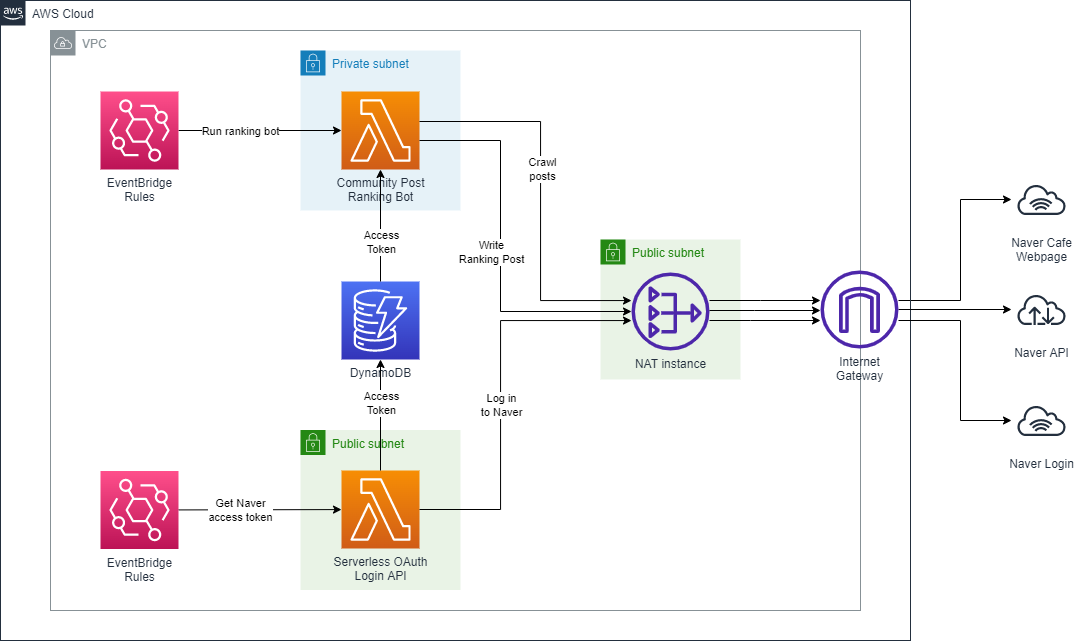 "Having about 60M accumulative views, it is a time-saver for the users of a community site."

It is an automated bot that operates on Korea’s famous community site, Diesel Mania of Naver Cafe. Every hour, the number of views and comments of the posts written in the last 2 hours are collected, and they are ranked on each basis. The rankings are uploaded to the site with links to the posts.
Users who don't come to the site often can also look up these posts so that they can find out recent popular ones.
Working automatically for about four years without much care, this serverless bot has become one of the most beloved novelty accounts on the community site of 1 million users.